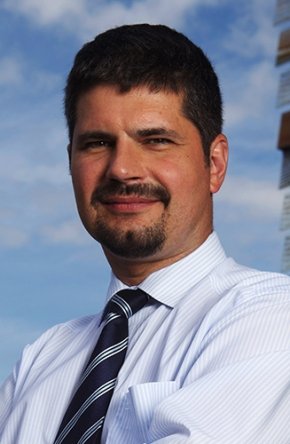 With regard to innovation, HungaroControl is operating in an environment that is starkly different from that of an “average” enterprise. The direction of the development of European air traffic management systems is determined for air navigation service providers (such as HungaroControl) by the European Union in the framework of the Single European Sky scheme.

The five largest member states are the primary beneficiaries of the EU’s innovation funds. Hungary needs to participate in international cooperation and domestic organisations involved in innovation also have to join forces in order to be successful in this field. To improve our position, we decided to work on ground-breaking projects in uncharted territories where no other air navigation service provider of the world has ventured to date.

At HungaroControl we strive to serve our customers at the highest quality using technology of the highest standard.

Following 5 February 2015, HungaroControl was first in Europe to abolish the entire fixed flight route network, thus enabling airplanes to use the airspace freely, without any restrictions.

The significance of the new traffic management concept (Hungarian Free Route Airspace, HUFRA) is that airplanes can take the shortest possible flight path between the entry and exit points in Hungary’s airspace.

According to experts, this solution may result in potential yearly savings of 1.5 million kilometres by aircraft flying over Hungary. As a result, airlines may save nearly USD 3 million worth of fuel per year, which may also lead to a reduction of CO2 emissions by more than 16 million kilogrammes.

With the introduction of Hungarian Free Route Airspace, airlines were given more freedom, as they can freely decide about the flight path. Flights are easier to plan and they become more predictable, which are of major consideration for air navigation service providers and airlines as well.

Airlines can choose the most favourable flight path between the entry and exit points, however, they are still required to submit a flight plan. By the time a flight reaches the border, air traffic controllers know what route it is going to fly.

The free use of airspace means for airlines that they need to take on less fuel and they can carry more passengers. Thus they can plan and carry out their flights in the Hungarian airspace in a more economical and environmentally friendly way. For airlines, every saved mile counts.

We aim at providing high standard and safe air navigation services in the Hungarian airspace – as well as in the upper airspace over Kosovo, as commissioned by NATO. We have already observed that some airline companies have shifted their routes into the more favourable Hungarian airspace. All European air navigation organisations will be obliged to provide for free airspace use by 1 January 2022, therefore our business solution proactively helps preparations for the new regulations before they are even officially introduced.

Carbon-dioxide emissions may be reduced by up to 16 million kilograms a year as a result of the introduction of the new rules, according to experts. We are planning to continuously monitor and measure changes entailed by the new regulations.

The Hungarian airspace appears to have become more popular, as a consequence of which CO2 emission may increase for a while, owing to the use of Hungary’s airspace by airline companies attracted by the newly introduced conditions. Globally however, jet fuel consumption and thus direct emissions have decreased as a result of optimised flight routes and reduced flight routes. An increase in the lifetime of aircraft and other equipment is an additional indirect benefit that is also worth noting.

Our company implemented Free Route Airspace seven years before the deadline set by the European Union, without any time or space limitations. Since August 2015, between midnight and 6 am we provide cross border free route airspace use based on the Night Free Route concept that we developed together with the Romanian air navigation service provider, ROMATSA.