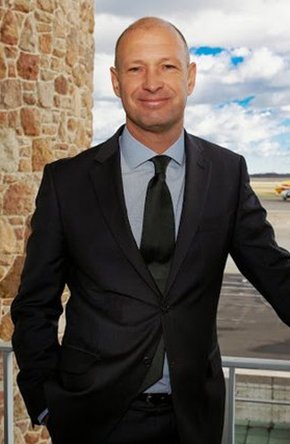 We have been developing our environmental performance for years, focusing on energy efficiency and reducing CO2 emissions. New ideas, technologies and solutions arise all the time, but the role of partner organizations operating at the airport is unquestionable. Our company is able to influence its direct emissions, and some of the indirect ones. The rest, we can only reduce together with our partners – this is why we launched the Greenairport Program. We believe that through our joint work and by increasing environmental awareness among our partners, we can move forward in the ranking of international green airports.

Budapest Airport has used an industry-specific accredited methodology in order to measure and reduce its carbon-dioxide (CO2) emissions. The most important characteristic of the Airport Carbon Accreditation methodology is that it takes into consideration both direct and indirect CO2 emissions (similarly to the carbon footprint). However, the compensation and neutralization of CO2 emissions can only be achieved if emissions are prevented, and effective and high level maintenance is implemented.

This means that the prevention and the effectiveness of fossil-based energy usage should be prioritized. Therefore, Budapest Airport launched the Greenairport program for its partner organizations operating at the airport, aiming to reduce airport maintenance and operation-related carbon emissions. Hence, partners measure their direct energy usage and indirect emissions, for instance the transportation of co-workers and passengers to the airport is also included in the calculations. The aim of this cooperation is sharing data and good practices, inspiring each other, and through cooperation achieving new, individual or joined solutions.

As one of the country’s most significant economic entities, the main message of the stakeholders’ joint action is to deliver/show their commitment to responsible corporate operation and environmental protection. In line with this, they jointly aspire to strengthen trust among their partners and achieve recognition from Hungarian society as a whole. The program provides an opportunity for joint reflection and collective action, facilitates knowledge and experience-sharing, supports the provision of measures aimed at improving environmental performance, and thereby contributes to improving the competitiveness of the participating companies. Until July 2016, 22 companies have already joined the program, which together employ more than 3000 workers at the airport.

Budapest Airport has been continuously improving its environmental performance; for instance, during recent years it has reduced its natural gas consumption from 8,6 million m3 to 5,4 million m3.

Furthermore, waste recycling has increased from 21% to 67%, electricity consumption decreased by 16% and water consumption dropped by 10 liters per passenger. Over the past two years,  the operator of Ferenc Liszt International Airport, reduced its energy consumption by the equivalent of more than 500 households’ yearly energy consumption. Moreover, it intends to reach an additional 10% reduction during the next 5 years.

The company has thus gained an outstanding reputation among European airports which take environmental and climate protection seriously, given that significant emission reduction results are also acknowledged by the Airports Council International (ACI).  After Zagreb and Prague, Budapest Airport is the third airport in the CEE region to achieve level 3 (Optimization) during the Airport Carbon Accreditation process.