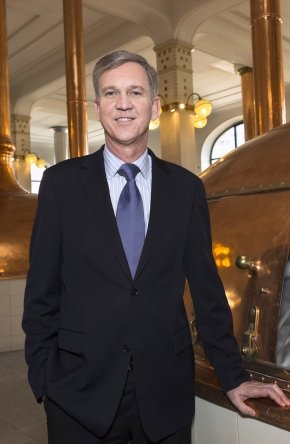 Packaging waste is one of the world’s largest growing type of waste. Although the technological conditions for recycling are given, packaging primarily causes huge environmental problems due to recollection. At Dreher Breweries we strive to reduce the environmental burden of waste from the consumers, to which building and maintaining complex partnerships is necessary. Consumers must support the developed processes, moreover they should be willing to change their own habits for it. This is what the “Every can counts” program is all about, which was developed for the brewery industry.

Each year 750 million aluminum cans are produced in Hungary. As the demand for aluminum cans has increased over the years, we, as one of Hungary’s leading breweries, had to think about the possibility of recycling used cans. To moderate this, the Association of Hungarian Brewers has created the “Every Can Counts” program, with Dreher Breweries having a significant role in it. During the development of the system we collaborated with Retúrpack Kft., which was entrusted with the establishment of the recollecting systems. Since then, nearly 200 machines have been installed mainly in supermarkets, where consumers can return the used cans for 2 or 2.5 forints. The machines are based on modern technology with a capacity of 7500 cans occupying only 1 m2 of space. The cans from the collecting machines go straight back to Retúrpack. In addition to designing and operating the system, we also collaborate in a joint awareness-raising campaign for the consumers.

Among the recyclable materials, the base material of the cans, the aluminum is one of the most valuable, as 95% of the energy needed for production can be saved by recycling. Breweries (and other can manufacturers) are required to pay product charges for the waste generated due to the packaging. Thus we had to actively participate in the collection processes in order to guarantee the sufficient amount of collection of packaging waste in proportion to the amount of the sold beverage. Thereby, it does not only just increase our social recognition, but is also favorable for our company in savings and financial benefits. Dreher Breweries is constantly striving to reduce its environmental burden and its carbon footprint due to the challenges of climate change, as we can contribute to reduce other than our direct emissions to meeting climate change objectives. We also need to actively involve, influence and shape our business partners, suppliers and consumers. Our commitment is evidenced by the fact, that considering the packaging, the brewing industry and particularly the Dreher Breweries, are still using the most reusable (refillable) packaging types (barrels and returnable bottles. However, in the case of single-use packages, we must also try to reduce our environmental burden.

In 2012, the three major breweries (Dreher, Heineken and Borsodi), together with the Hungarian Association of Brewers, launched an environmental protection program in cooperation with Returpack Kft. This requires not only the active involvement of consumers, but also the development and operation of new processes, partnerships and communicational opportunities, that make the influence on consumers effective. With the help of our professional partners and the collaboration in the industry, the “Every can counts” Program has been able to identify and involve all partners (supermarkets, hypermarkets, homeless hostels) that make the recollection easier and more effective. The success of the program is evidenced by the fact that in 2016, 101 million cans, and since the beginning of the program 500 million boxes have been returned! The environmental results of the program can also be confirmed by data. The cans recycled through the program avoided 33,000 tons of greenhouse gas emissions and a total of 23100 kWh of energy use. In the future, we will try to increase our customers’ awareness by increasing the number of machines, as well as the “returnable can” logo on each box.